I never trust cats, they are vehicles of ghosts. As there’s no way of recognising which one’s a cat and which one a ghost, all cats were in my suspects list. And if a cat ever somehow passed by my feet, then death was certain. Neither would anyone get the slightest hint of how the death would take place, and when. Why, just recently, a ghost in cat’s guise actually killed a friend of father’s. Simply dug into and tore his throat. And that Tareque uncle couldn’t do a thing. How could he? Can anyone stand up to ghosts and djinns? Hamdu aunty (Hamid uncle’s wife) had come during youngest uncle’s marriage. She taught that whenever one senses a ghost nearby, the mantra must be recited. Apparently the ghosts would then become aware that this person possesses the great mantra, that no harm can be done him.


Ghostie’s my laddie
Witch’s my maid
O my dear cheap thief
What’ll you do to me?


That’s why I never give any cat a chance to pass beneath my feet. When I sit to eat, I sit with both my legs raised and folded on the chair. But the cats too don’t stop following me. Whenever they get the opportunity they stare intently. They let me know that they know my motives. I’ve been timid from my childhood. Fragments of incidents narrated by friends of my age; the kadam tree standing in one corner of the field, solitary in night’s darkness; the dark of night; all the true-false tales told by the maidservant aunties - all made me permanently timid.

That day returning home drenched in the pouring rain I saw mother was sleeping. Glancing from the veranda I saw the rain water flowing like a waterfall down the second-floor tin roof. Checking once again to see if mother was indeed asleep, I was under that waterfall. The rear of the house was usually quite dirty. Even though the rear courtyard was fairly large, it was not used for anything other than throwing garbage. Just beside the spot where I was standing and bathing in the water of this waterfall was a narrow open drain. As I’d slipped and fallen into it earlier, I knew there was really murky foul water there, which came to my knees. Now, in this torrential rain it had turned into a wide stream.

Fee fie foe
To uncle’s house I go
Aunty gave me milk and rice
Ate till I was full so nice
Uncle comes with a mace oh me
Oh lets flee!

I didn’t notice that an unknown cat came and stopped on the sunshade beneath the second-floor railing. As soon as I spotted it, forgetting all about the rain waterfall bath I became statue-still. I stared unblinking at the cat and the cat too gazed specifically at me with its cold fixed eyes. As soon as my wits returned, just as I was about to scream out Mummy and run, as soon as I put out my foot one leg fell straight into that drain. Mother heard the scream as well as the sound of falling. Rushing there and not finding anyone, she shouted out, Who’s that? What’s happened? I somehow managed to utter, Its me Mummy! By then the cat had disappeared. Having slipped and fallen into the drain, I had hurt myself quite a bit, and on top of that mother first landed two round blows on my back and then dragged me along to the water-tap.


I believe girls’ open hair is loved by evil djinns. Granny said that at twilight (just before and after sunset) all the djinns and ghosts roam around. Hence I was not to go out after evening with my hair open. As soon as the evil djinn spotted open hair it came and made a nest. And if the djinn took a liking to that girl then it was an even graver problem. The djinn married the girl, and started a family with her. Humans cannot see djinns with their eyes. Only those whom the djinns wished to be seen by could see them. The girl would talk to and laugh with the djinn. Cook for him. Even while living among everyone, the djinn remained unseen and so people thought she had become mad. And then she was done for! Stratagems for curing the girl’s madness would start. The moulvi sahib would come. He would make her wear many talismans. Reciting the Surah Fatiha, he would impart water sanctified with his breath. "All praise belongs to God alone, Lord of all worlds …" Reciting the Astagafar and blowing repeatedly into a black braid, he made nine knots and tied it to the djinn-possessed girl’s hand. So that the djinn wouldn’t be able to come near the girl any more.

Despite drinking the sanctified water, the girl did not get well. The djinn was not going to leave the girl at any event. Then there are many djinns who take away the girl they fancy. Who are never found again.

That’s why as soon as its evening I tie up my hair tight. I don’t want to go to the veranda after dusk. The kadam tree in the corner of the field is clearly visible. Darkness nestles thickly on this kadam tree. If for some reason I need to go to the veranda, I force my eyes to keep away from this kadam tree. All the time I think someone watches me from there. Two red eyes. Unblinking, as if they are staring at me, as if were I to dare to look, it would call me with a gesture. Night after night, I keep my eyes away from this kadam tree. As soon as its evening I shut the room’s window. The cat that mews and roams around nearby at daytime, and creeps in and sits under the dining table – at night, the same cat sits perched on this kadam tree. Its eyes are red then. It gazes unblinkingly at me.


But when the kadam blooms during the rains, then on most days, I go with Hena, Mili and Setu to pluck those blooms. Setu too loves kadam flowers. Mili and others sing a ditty:

Moon’s risen
Flowers bloomed
Who goes under the kadam tree?
Little girlie will be wedded
With her head fully covered.

Noni’s dad says, Afa my dear, don’t leave your home at all at night. I see all that happens at night. I ask Noni’s dad, Old Mian, don’t they say anything to you? Noni’s dad, our old watchman answers, but I recite prayers and blow sanctifying breaths over my body and keep my body shut. That’s why they can’t do a thing to me. Otherwise they’d have finished me off long ago! I plead with Old Mian to teach me to shut my body. I too want to go out at night. I want to go beneath the berry tree. I want to pluck that large safeda from the slender winding branches of the safeda tree. I want to stand leaning on the railing of the second-floor and gaze at the night sky. If Old Mian doesn’t teach me body shutting, then I wouldn’t be able to go out at all. All the time I’d have to stay the way I now do, if I ever awaken at night, keeping my eyes shut tight and lying curled up. How Old Mian, turban on his head, staff in hand, walks around the house all night long! Deep into the night, he recites the Darud tunefully:

My sleep breaks, I lie with my eyes shut. Does Old Mian see them right now?

I can’t speak to anybody about this fear and anxiety of mine. At exactly nine thirty in the morning Setu appears. Its time to go to school. Setu and I study in the same school. White salwar-kameez, pleated white odna tucked into the broad green belt on the waist. Hurriedly grabbing the tiffin money from mother I go out. Setu and I go to school by cycle-rickshaw. My most favourite class is Rubina Apa’s class. Rubina Apa taught Bengali. Most of the girls felt thirsty during the class. For Rubina Apa was very nice. She didn’t make any girl stand outside the class. As many times as the girls asked questions about the subjects, so many times did she explain.

Not a home, but a bird’s nest, a cataract of torn leaves
Just a little bit of rain and the water drips.
Just a bit of breeze and the shanty quivers
Beneath that live the angels all year long.
Can’t eat to belly’s fill, the few bones sticking out of her chest
Are witness to the days she’s gone without food.
Sweet face, lit bright by her smile
Extinguished by the slap of great deprivation
.Clad in a patchwork of hundreds of torn cloths
That mock the golden hue of her colour.
Not a trace of laughter in your two black eyes
From where a flood of tears flow.-Jasimuddin

She told us stories on the pretext of study. Holding the thread of the tale or poem taught she would wander to a land of many more tales. She spoke of poets. Spoke about writers. The question arose in my mind: so beautiful looking was Rubina Apa, didn’t any djinn take a fancy to her? Rubina Apa didn’t wear a head-scarf. So did Rubina Apa know how to shut her body? I ask Setu. Setu says a djinn’s going to take you away for sure one day!

Every Thursday night Old Mian sees them. Apparently there are four or five of them. Really tall. Moving their immense legs they walk over our house and go towards the hillock behind. My sleep is broken again and again on this night. Even if the curtain moves in the wind of the fan I think someone’s in the room. I recite the Ayatul Kursi and blow on my chest:


The original story in bengali is Amar pichu charhe naa.
Translated by V. Ramaswamy, the translation of my story was published in Metamorphoses, spring issue, 2009.
Posted by Samran at 7:50:00 PM 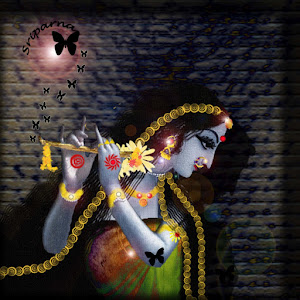 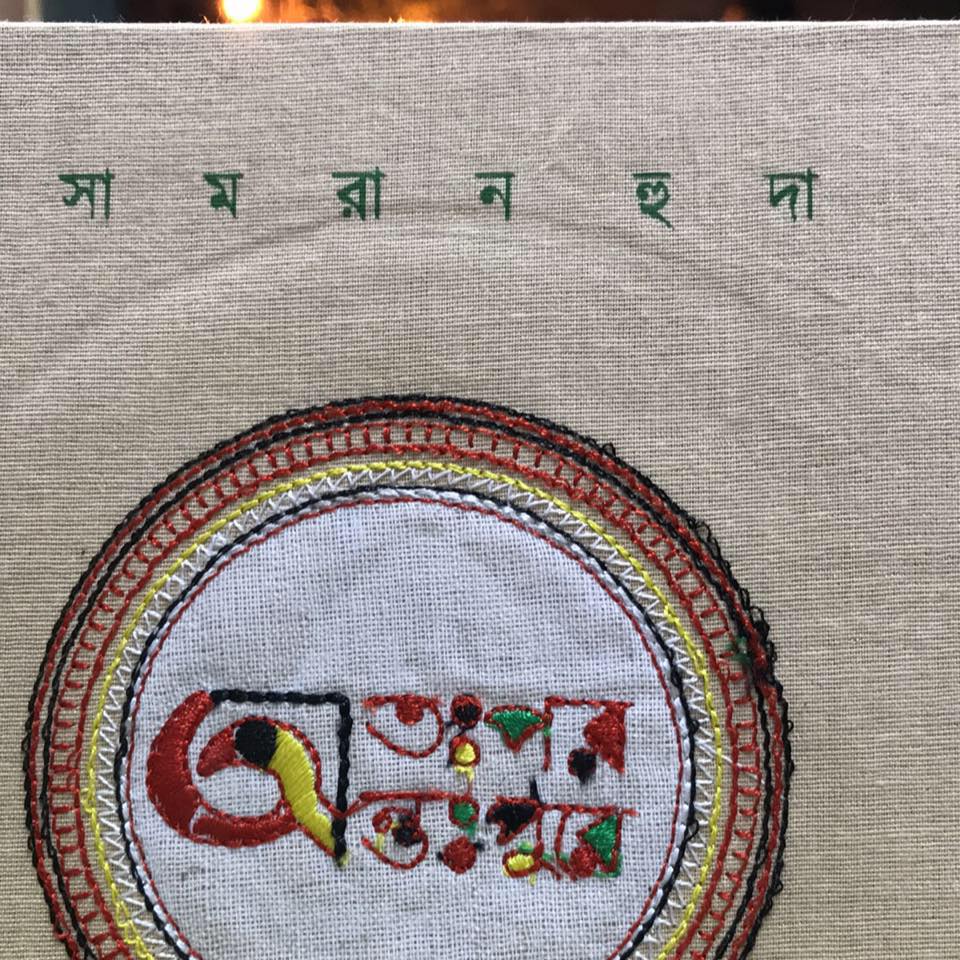 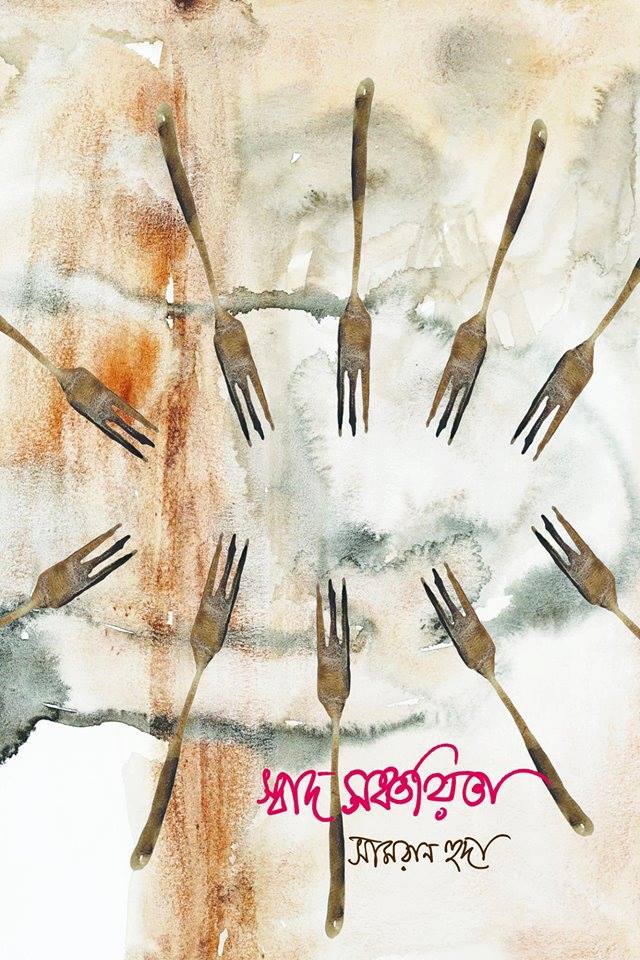 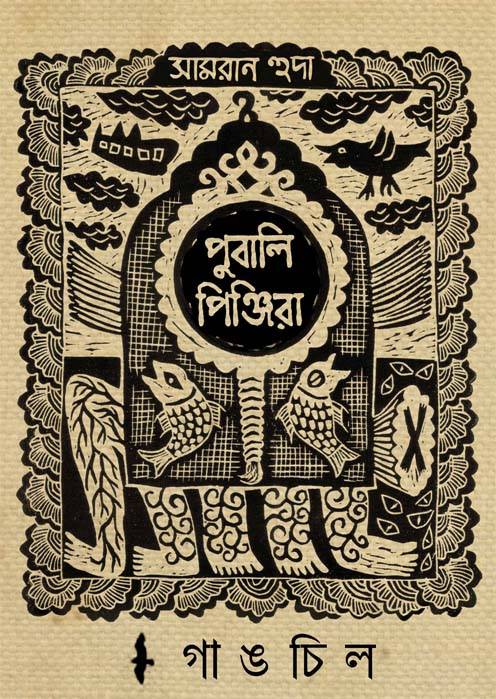 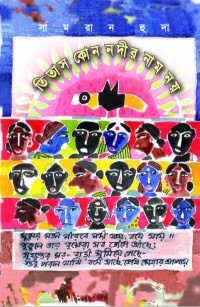